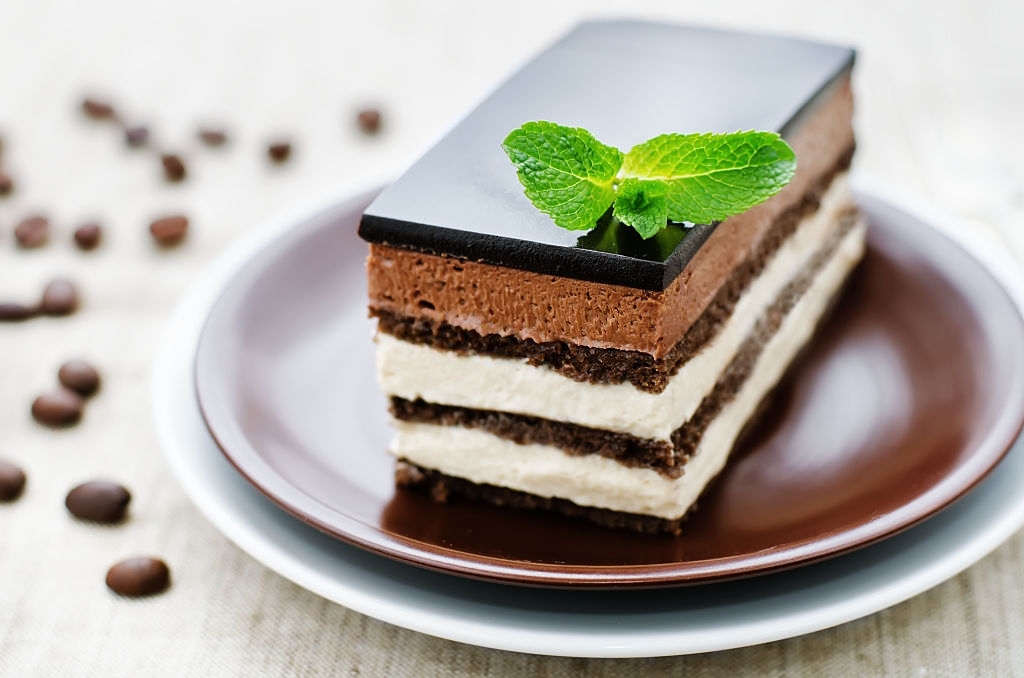 Classic opera cake is a blast of almond and chocolate goodness. It is originally a French cake that is made by the layering of almond sponge cake with ganache, French coffee buttercream, and coffee syrup. Finally, it is glazed with chocolate.

Where does the Classic Opera Cake Originate From?

There are many hypotheses proposed regarding the opera cake's origin.

It is thought that Opera cake was initially 'Clichy' cake, made by Louis Clichy, who was one of Paris' incredible cake bakers. In 1903, he presented his renowned 'gâteau' at the Paris Exposition Culinaire. It got popular and turned into Clichy's shop's signature cake.

The 'pâtisserie Dalloyau,' bakers, declare the above origin as false. They claimed to make Opera cake in 1955. As per their story, one of their chefs, by the name of Cyriaque Gavillon, first designed the cake, which was named "opera cake" by his wife Andrée out of appreciation for a prima ballet dancer at the Paris Opéra. Supporters of Clichy say that cake's idea was actually 'stolen' by Dolloyau, and it wasn't his original work.

The theory that is widely consented is that it was designed by the Paris Opéra itself during 1890.  It was made in order to assist individuals in staying awake and working at night by using heavy caffeine dose.

Anyway, we can be certain that the delicious Opera cake will be liked by generations to come because of its unique taste and texture.

How to make an opera cake from scratch?

Our below-mentioned delicious opera cake recipe will help you in achieving the desired taste.

7.         Dissolve together with the coffee powder and one tablespoon of water. In a 1 to the 2-quart heavy pan, boil together with the sugar and half cup of water. Continue stirring until sugar is dissolved completely. Remove from stove and add coffee mixture and liquor.

Almond flour, if unavailable, substitute it with whole almonds ground with sugar. Does it in a food processor until finely powdered? (Do not make a paste. Do not add water). Check the temperature often during cooking. Opera cake can be made two days in advance. For a good opera cake, Keep it well covered with cling wrap (when the chocolate coating has firmed and dried). Refrigerate the cake. After pulling out from the freezer, allow it to come back to room temperature for around half to one hour after removing the cling wrap.